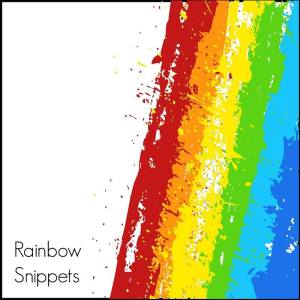 You met Sasha and Trace already in Whiskers of a Chance. Many wrote to me starting the day of it’s release wanting to know what was up with the two of them, lol…. Well… now you can find out

“Sir, are you sure there’s nothing any of us can do to lighten your mood?” Jalin asked as Sasha stared out the window next to his chair. The view outside wasn’t any better or worse than from his suite of rooms , but seeing the worried look on his most trusted assistant’s face hadn’t gotten any easier in the last few years. Not that an answer on how to solve the issues facing him would appear no matter where he looked. He knew because early on, he’d tried.

The view outside his window was magnificent, even if it was lost on him. The grounds at his covenstead were always perfectly maintained—his people would do no less for their prince, of course.

Lynx shifter Trace Wilson’s fun-loving exterior hides a heart scarred by severe domestic violence—a heart that might not ever trust another male, fated mate or not. When Trace moves to Seattle, WA to take his place as trainer and council representative to the Glacier Rim Tribe, he discovers his mate is the vampire prince Sasha Tolstoi, leader of the Konstantin Coven. It’s not something Trace is ready to accept. Not now, maybe not ever. But if there’s one thing Sasha knows how to do, it’s how to be patient, especially when his fated heart is also his perfect sub.

When an outside force threatens the fragile bond slowly forming between them—and nearly kills Trace—Trace’s instincts shift into high gear. Sasha is powerful, and that means he has enemies, among them several rival covens and an uncle determined to force Sasha into a marriage with a vampire princess. But why involve the lynx Trace in their maneuvering? Finding the culprit won’t be easy, and it will mean building trust—a slow and difficult prospect for someone who’s suffered as much as Trace. Finding a way to move beyond the past, and to love, before those out to finish Sasha can destroy either, is a race the two fated hearts have to win.

Follow along at Rainbow Snippets, founded by Charley Descoteaux for all the great teasers!

Unless someone like you cares a whole awful lot, nothing is going to get better. It’s not.