Hello everyone. Today I’m thrilled to have Romance Author Vona Logan stop by. She’s sharing a little from brand spankin’ new DSP release, Tats of Honor, and some about herself. Don’t forget to leave her a little love below!

Vona Logan grew up in South Africa and has always been a romantic at heart. Then one day a whole new world opened up to her when she sneaked off with one of her mother’s Mills & Boons. Her love for reading was born and continued to grow until about two years ago when she discovered the world of m/m writing for the first time. Always on the backburner, her desire to write her own love stories ignited and wouldn’t be silenced. So, she wrote her first short story in 2012 and her dream became a reality.

Vona lives in stunning New Zealand with the man of her dreams, a bunch of busy kids, four cats, a dog, and too many guinea pigs to even start counting.

Tat’s of Honor
by Vona Logan

Kegan Andrews wears his heart on his sleeve, or rather his skin—his tattoo is a testimony to those he’s loved and lost. The losses are piling up—like his young cousin’s suicide and his fiancée’s betrayal. He needs perspective, and the New Zealand trip he planned months ago seems to promise him that. Then Kegan meets Dominic, a man wrapped in so much grief and guilt it’s as if his own heart died two years ago with his long-time partner.

Dominic can’t move on—can’t even imagine it until Kegan jumpstarts his frozen heart. Dominic knows Kegan isn’t gay, so he fights his growing feelings, but Kegan embraces his new self-knowledge about whom he might love. Will Dominic stay mired in the safety of past heartbreak and become a distant memory etched into Kegan’s skin, or will he risk himself for the promise of a new beginning? 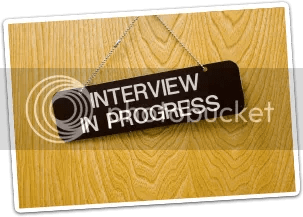 What do you find the hardest part of being an author?

Putting what’s in my head into the right words to convey what I’m seeing. When I have a scene in mind there’s a feel, a smell or atmosphere about it and I always hope to make the reader see what I see and feel what I feel.

What’s you favorite thing about writing?

The surprise of a character’s development. You think you know the character and who they are, but they sometimes surprise you with not reacting at all the way you think they’re going to. As much as those twists and quirks surprise the reader, they delight me when they happen.

Just how H.O.T. are most of your books?

Well, I think they’re sizzling. For someone who grew up pretty conservative (blushes) they’re explicit. However, compared to some books I’ve read from some of my favourite authors, they’re sometimes a bit tamer, but I’m learning and so far, every new books has stepped up the heat levels. In Hard ‘n Deep I made myself blush, all the time.

How sweet or romantic do they tend to be?

Combinations of all three, but one of my main characters always push the boundaries a bit – whether they’re cheeky, obstinate, pushy or liking it rough. There’s usually a character who is steadfast and solid – the rock as I call it. The second character is always a bit wild or untamed with the need for a strong hand. So, usually after the hotness there’s some sweet and romantic bits too 🙂

Do you have a specific writing style?

Oooh. Do I? I’m not sure. I just write as the scenes play off in my head. I usually have a spark of a plot bunny (usually at the strangest times) and determine where to start. Then it flows from there.

I’ve been told I write as I speak – to the point, no fuss lol. Not sure if that’s a good or bad thing though. So far I’ve written in 3rd person narrative only, because I’ve heard how hard 1st person can be, so I’m keeping it simple. In my stories I also like writing from both main characters’ point of view so the reader can see and feel with both of them and it can be tricky, but so far it’s been good.

Which is you favorite storyline/angst situation and why? What inspired you to write about it?

For me there are two: When Michael has to decide if he’s willing to pay the price to go back in time to be with Wade after he’d messed up. The other is from Hard ‘n Deep, where Matt leaves Aidan because of his insecurities. Those two belong together so bad and even writing them as separated just about broke my heart.

Soft, clingy boxers can be so sexy, but I prefer commando. It makes things so much easier and more . . . . accessible. (naughty grin)

That is so hard to answer, because there are so many. Mainstream authors I enjoy are: J.R. Ward, Lorelei James, Lora Leigh, Maya Banks, Nalini Singh. Amongst my own genre and Indie publishing I enjoy: Marie Calmes, Marie Sexton, Clare London, S.E. Jakes, Hayley B. James and Abigail Roux. This is just a few of them, I have many more.

“Do unto others what you would have them do unto you.” Now don’t take that out of context you naughty ones. **wags finger**

The sequel to Tats of Honor, Skye and Levi’s story in the Hard Hot & Sweaty Series and the sequel to Return to Destiny. I also have plans to co-write a cowboy story with my friend, Lexi Ander and a plot bunny has been screaming at me in my head about writing a Kiwi farm boy. So, I have lots of work coming up 🙂

THE minister’s final words drifted to his ears on the cold autumn breeze as he stood there on the outskirts of Southampton, England. The hollow syllables offered Kegan Andrews no comfort. How could they? The minister hadn’t known the man in the casket, so to him it was just another person passing on.

Distraught family members huddled close in grief, hopelessly trying to console one another. A few individuals stepped forward, laying down long-stemmed red roses on the lid of the casket as it was slowly lowered.

Gradually the group of funeralgoers dispersed, but Kegan sensed his fiancée, Helen, still standing behind him. Moving forward, he pulled an engraved silver necklace from his pocket and draped it over the flowers crisscrossing the dark mahogany.

He watched and waited until the casket reached the bottom and gently settled into place on the moist, dark soil. From out of nowhere the gravedigger silently stepped forward, but Kegan intercepted him.

“May I?” His voice was hoarse and didn’t sound like his, which was fitting because he was at a loss as to who he really was.

“Sure.” The man held the shovel as Kegan stripped off his suit jacket and rolled up the pristine white sleeves of his dress shirt.

“What are you doing?” Helen said with an annoyed, shocked whisper.

Determined, he ignored her as he methodically started shoveling the soil into the hole. The gravedigger leaned against a nearby tree, close enough to help but far enough away to offer complete privacy.

Several minutes later, Kegan straightened to wipe the tears and sweat off his face and belatedly noticed Helen had left. She would probably get a lift with someone to the funeral luncheon. He hoped she had a ride back home too, because he wouldn’t be following her. There was no way in hell he could be jovial, eat food, and plaster a smile on his face, pretending he wasn’t busy dying inside because his best friend was gone.

Slowly but surely the grave started to fill up. It felt like hours later when the soil reached the edges at the top. Satisfied, he dropped the shovel in exhaustion and wiped his soaked skin with his forearm again. His knees gave out, taking him to the ground. He leaned forward, resting his arms on top of the soil, and surrendered to grief—broken glass slicing his heart to shreds.

Kegan wept for the lost friendship. As far back as he could recall, he’d known Justin. They’d been cousins, in diapers together, sharing potties and clothes. And pretty much everything else since.

The regret threatened to consume him—for not seeing the signs, not being aware his cousin was in trouble and struggling with depression. Kegan had been so busy with his own life, he hadn’t noticed Justin needed him. And now it was too late. Justin was dead. Suicide. Justin had no longer wanted to face this life. The reasons behind the horrific deed would most likely always remain a mystery.

Kegan heard the scuffle of shoes and wearily looked up as the digger picked up the shovel, nodded in respect, and walked away. Rising up from the soil, Kegan pulled on his jacket and walked to where he’d parked his car.

Luncheon was not on his agenda for the next couple of hours. His plans were a bit more unconventional, and ten minutes later, he pulled up in front of the shop. He opened the door and approached the front desk, where a tall, largely muscled, pierced brick house of a man watched him carefully.

“Hey, Carl. Do you have time for me now?” Carl’s gaze flickered over Kegan’s bedraggled, dusty state. He must look pretty haggard.

“Sure.” Carl looked down at the appointment book lying open in front of him. “I’ve got the next hour and a half free. What did you have in mind?”

An hour later Kegan walked out of the shop, the new addition to his sleeve tattoo inked underneath the white bandage on his bicep.